VALLETTA MARCH: ‘No us and them’

Home » VALLETTA MARCH: ‘No us and them’ 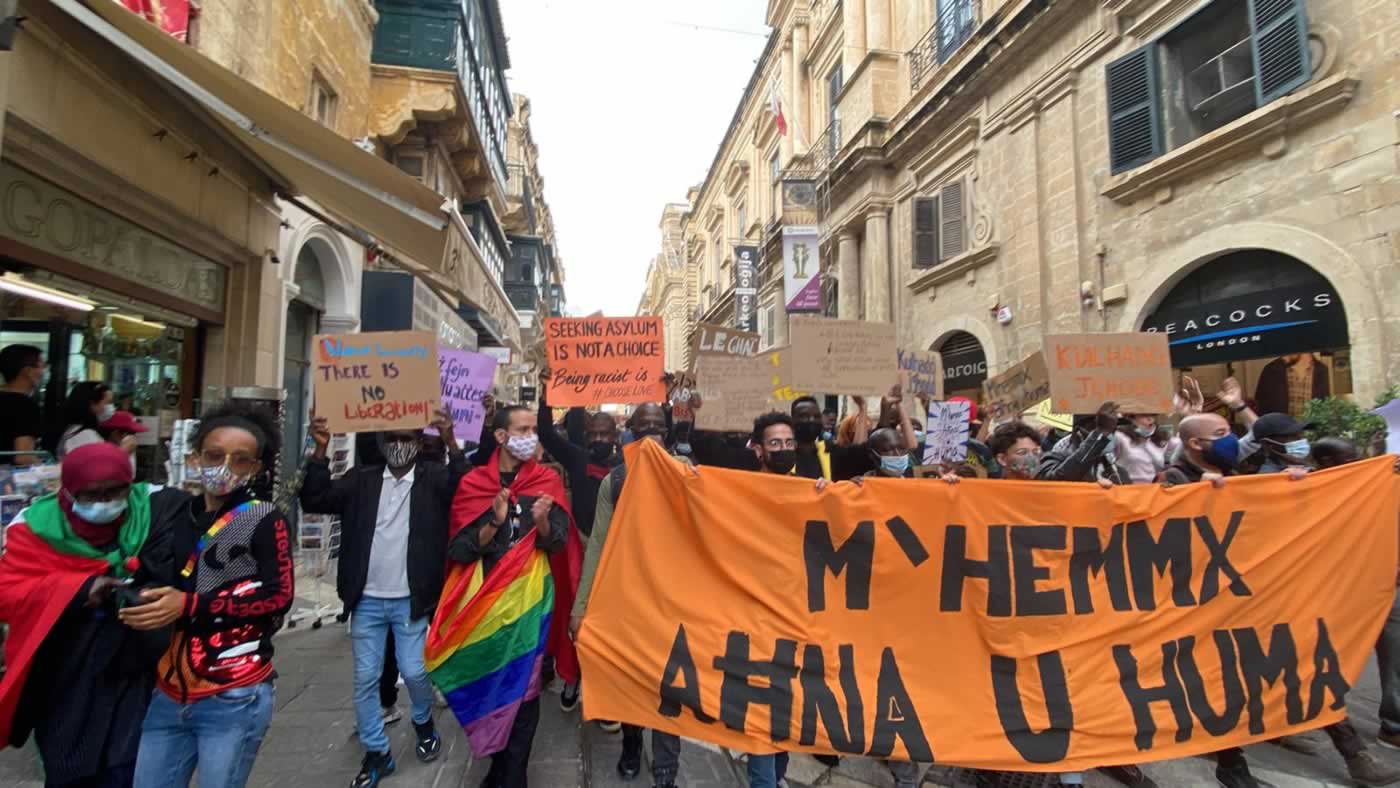 Spark15 was part of the hundreds of protestors who marched in Valletta under the banner which read ‘There is no us and them’.

Protestors marched calling for justice, action, and humanity following the incident involving Jaiteh Lamin. On 28th September, Jaiteh Lamin fell two storeys whilst working his job on a construction site. Rather than being taken to hospital, he was discarded on the side of the road by his employer.

The protest was organised by Caroline Galea, who was one of the women that found Lamin, and three other individuals.

Spark15 stated that this was not an isolated event and that precarious work is a serious issue in Malta, “Despite our differences, we all want the same thing, equality for all.”

The nephew of Jamail, Ebrima Jabbie gave a passionate speech about the need for love, respect and dignity. He also remembered his “brother Lassana Cisse who was gunned down because he was black”.

He said that his uncle was dumped like garbage and said that while there are good people in Malta, there are some bad ones who do not value the lives of Africans. “You went to Australia and America and we came to Malta for a better life. Please open your hands for us.” he pleaded.