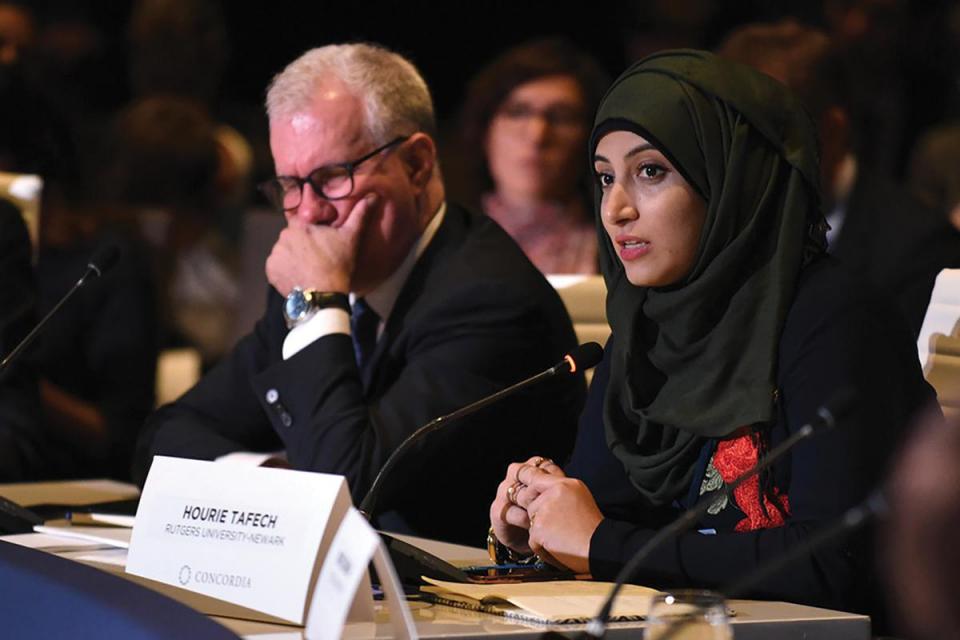 Hourie Tafech, co-founder and former Spark15 president, is the focus of an article published by the Times of Malta to mark the world refugee day.

“Tafech was born and raised in Lebanon’s Ein El Helwe refugee camp after her grandparents were expelled from their home in Safed, Palestine, during the 1948 Nakba.

Tafech moved to Malta in 2014 with her now former husband. She joined 14 other young refugees to set up Spark15, the first refugee-led organisation in the EU that was recognised by the United Nations.

In 2016, Spark15 featured in a Times of Malta article about refugees’ challenges to access education – an article that was read by Kyle Farmbry, then dean of New Jersey’s Rutgers Graduate School Newark.

The dean eventually visited Malta and supported Spark15. Back in the US, he invited Tafech, and Sari Albaaga and Mohamed Hassan – the two youths who had featured in the interview – to visit.

Following the visit, she applied for a PhD there, and five months later she started her doctorate in the US.

She has now completed her doctorate in global affairs and has been offered an adjunct teaching job at North Carolina’s Guilford College, where she is also the programme manager for the University’s Alliance for Refugees and At-Risk Migrants.”

Read the full article Sarah Carabott and watch the interview with her at the Times of Malta website: