COMMEMORATION FOR THE TARAJAL BEACH VICTIMS 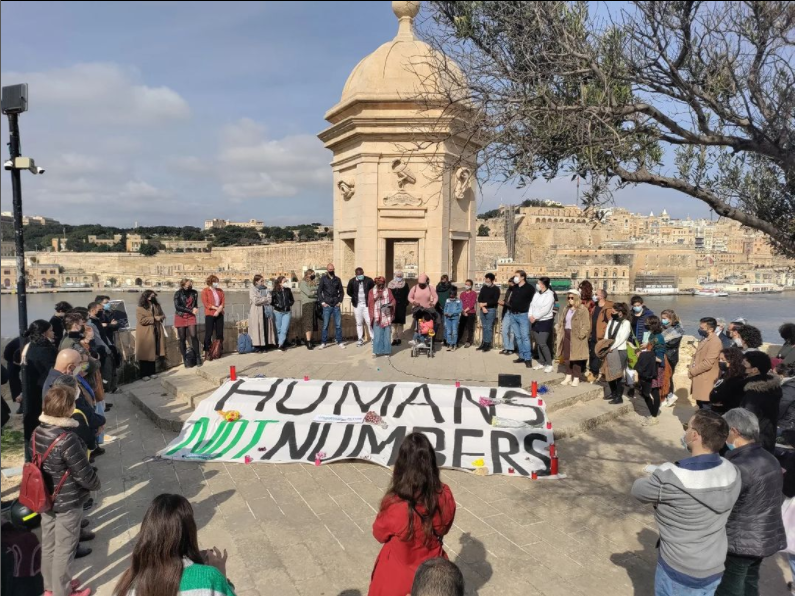 On 6th February we gathered at the harbour in Senglea with other organisations and groups in remembrance of the tragedy that took place in 2014 at the border between Spain and Morocco, the beach of Tarajal.

A group of asylum seekers was blocked by the Spanish Guardia Civil from entering the Spanish enclave Ceuta. Civil Guard officers had used “anti-riot equipment” to stop the migrants from reaching Spain, firing 145 rubber bullets and five smoke canisters. Fourteen of them drowned and 23 were sent back to Morocco after being picked up by Spanish Civil Guards on Spanish soil.

Regine Psaila, a member of the African Media Association addressed the Maltese authorities on behalf of over 30 associations:

“The Mediterranean remains one of the world’s deadliest migratory routes yet time and time again, we witness Maltese authorities looking away from their duties to protect the lives of people seeking asylum in our search and rescue zone.”

Candles were lit and flowers were laid next to a long list of victims. They are mothers, fathers, sisters, brothers and children with names, not numbers. Thomas Eyonga read his poem, as a survivor of the trip from Cameroon, directed towards all who have no choice but to leave home. Let’s use this day as a source of strength, in honour of our loved ones, to keep on striving towards change.

Through this commemoration, we remind authorities to respect human rights, international law and the 1951 Geneva Convention.